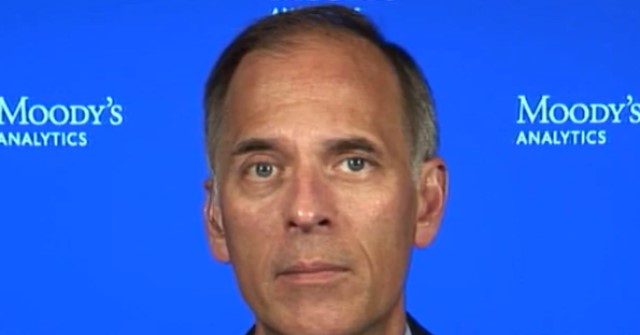 On Wednesday’s broadcast of Bloomberg TV’s “Balance of Power,” Moody’s Analytics Chief Economist Mark Zandi predicted that 2023 “is going to be a pretty tough year” because we won’t “see the full effects of what the Fed’s done for well into” the year and “we’re going to see job growth slow, may see some declines, unemployment’s going to rise.”

Zandi stated, “You just think about these large businesses, corporations like the Moody’s organization. Six, 12 months ago everyone was hiring hand over fist. Unfilled positions were at record highs. You just don’t turn that ship around quickly. And so, I think we are going to see — we have seen some moderation in job growth and we will see some meaningfully more moderation here going forward. And it’s going to take some time. We’re not going to see the full effects of what the Fed’s done for well into next year.”

He added, “It does feel like the moment of truth here is dead ahead of us on inflation. The Fed’s going to do everything it can to get inflation and they’re going to succeed one way or the other. So, I think 2023 is going to be a pretty tough year. Certainly, we’re going to see job growth slow, may see some declines, unemployment’s going to rise. But by the time folks are running for re-election again, that’s kind of sort of the spring/summer of 2024. Inflation should be down and the economy should be coming back.”