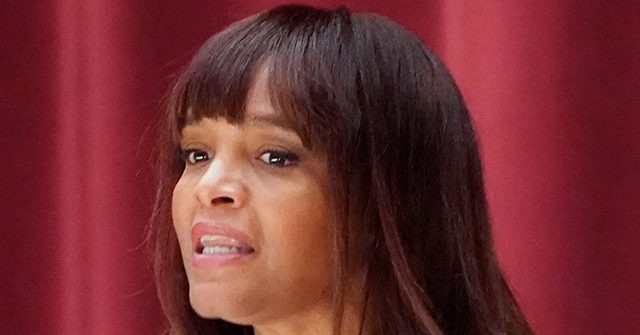 Pennsylvania Senate candidate Kathy Barnette on Saturday released a DD-214 showing the initial months of her active duty Army service, amid scrutiny of her past statements that she served 10 years in the Armed Forces.

Barnette posted the DD-214 on Twitter, after nearly a week of questions from reporters trying to vet her record and asking for that specific document, which raised questions over whether the surging candidate was ready for a general election in November.

The DD-214 shows the first few months of her military career in 1990 — which would be basic training and advanced individual training for her military occupational specialty (MOS), which at that time was administrative specialist.

My DD214 entering the military in 1990. pic.twitter.com/OEtAhM5UHJ

Retired Army Col. Kurt Schlicter, who is backing Barnette’s opponent David McCormick in the race, told Breitbart News after viewing the DD-214 that Barnette released, “There’s nothing that jumps out at me that’s usual about this.”

Barnette only last week released her NGB-22, which is the equivalent of a DD-214, but for Army National Guard soldiers.

The NGB-22 showed she joined the Army in 1990, and three years later joined the Alabama Army National Guard, serving from 1993 to 1998. Another document she released showed that she was honorably discharged from the Army Reserve in 2000, after a total of 10 years of service.

The Army also first confirmed to Breitbart News that Barnette had served in the Army National Guard from 1993 through 1998, and the Army Reserve from 1998 through 2000. The Army said any additional records would have to be obtained from the National Archive Records Administration since she had left the Army more than 15 years ago.

However, more questions had arisen, even after Barnette released her NGB-22, when she confirmed in some interviews that she did have a DD-214 for her first three years in the active duty Army but did not say whether she would release it.

My DD214 entering the military in 1990. pic.twitter.com/OEtAhM5UHJ

The Senate primary race is statistically a three way tie between the Trump endorsed-candidate, Mehmet Oz, McCormick, and Barnette.

The primary is on Tuesday.