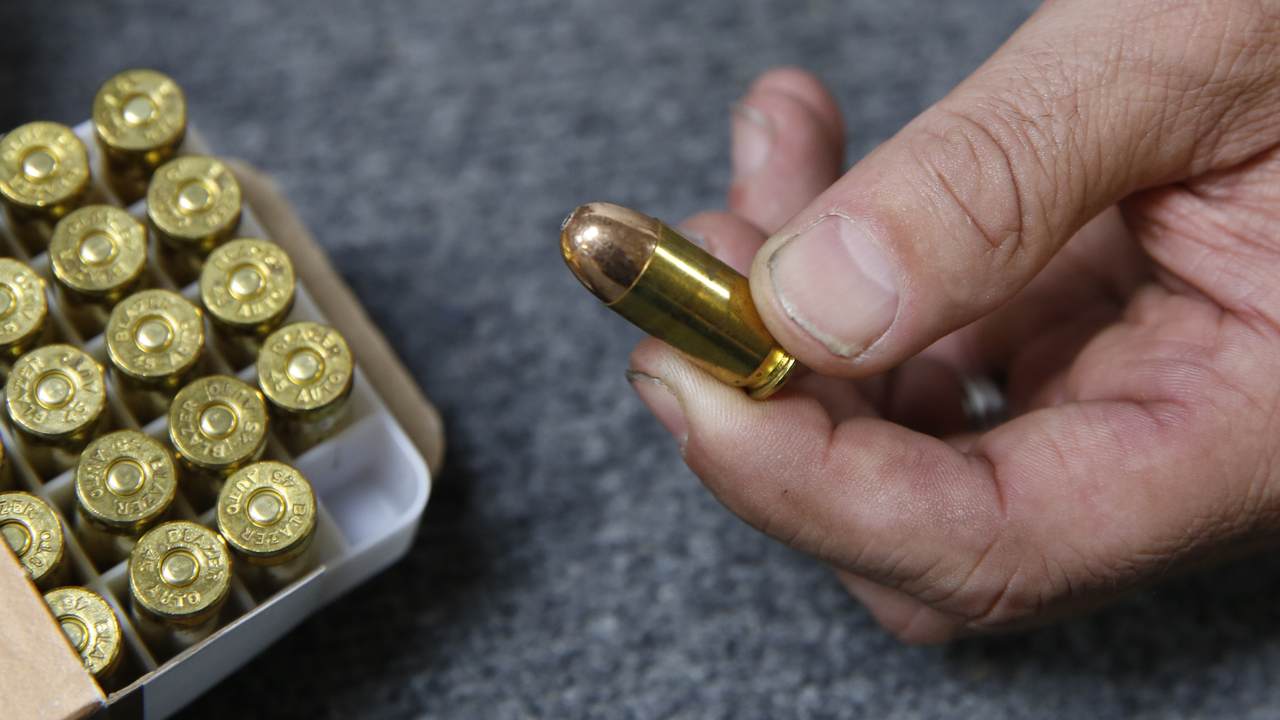 Editor's Note: This piece was authored by Samuel Mangold-Lenett.

Last month, the State Department announced that the federal government will soon begin prohibiting Americans from importing “ammunition manufactured or located in Russia.” This restriction comes as part of a new set of sanctions pushed by the Biden administration against the Russian Federation for its habit of poisoning political opposition. The Biden administration claims that it is pursuing these sanctions to punish Russia for its mistreatment of political dissidents.

Don't be fooled. This policy is just a convenient cover for the White House’s anti-gun agenda. By making it illegal for American citizens to purchase some of the most sought-after brands of ammunition, the administration has guaranteed that ammo prices will continue to rise, making second Amendment rights that much more difficult to exercise.

The sanctions are made possible via an update to the Chemical and Biological Weapons Control and Warfare Elimination (CBW) Act of 1991 and are an expansion of sanctions previously implemented by both the Trump and Biden administrations.

They’re a convenient way to prevent the public from accessing some of the most in-demand brands of ammunition. Between 30-40 percent of all the ammunition purchased in the United States is made in Russia, so barring the importation of Russian ammunition uniquely disadvantages gun owners and vendors.

Ammo manufactured by Russian brands is typically less expensive than most American-made ammo. During the recent political turmoil — which led to a gun-buying bonanza and prolonged ammo shortage — the more affordable imports likely gave many people peace of mind. Today, ammo prices are increasing across the board, and industry experts say the shortage is unlikely to end anytime soon.

The Biden administration says their intention with these sanctions is to punish Russia. If that’s true, then why sanction this particular industry?

The private munitions industry contributes little to Russia’s overall economy, so sanctioning it won’t have a noticeable impact on the nation’s economy. Earlier this summer, President Biden lifted American sanctions on the Russian Nord Stream 2 pipeline. The president lifted sanctions, at the time, because the pipeline project was near completion. In doing so, he indicated that the United States didn’t particularly have an interest in sanctioning Russia in meaningful ways. Why not prioritize and emphasize American sanctions on industries that actually matter? Why not place burdensome sanctions upon their agricultural resources or natural gas, both of which are vital to the Russian economy? The expressed intention is to punish Russia, so the result of the policy should be to punish Russia.

Ultimately, the Biden administration reimplemented partial sanctions on the Nord Stream 2 project, but it is questionable whether they will have an impact on Russia’s energy industry.

Punishing the Russian government for its mistreatment of political dissidents is logically congruent with previous actions taken by the United States government. But, so is taking extremely elaborate and convoluted steps to curtail the public’s second amendment rights.

It wouldn’t be the first time the US government has taken a roundabout route to restrict citizens’ second Amendment rights. Remember the “Fast and Furious” scandal? In 2011, the ATF under then-President Barack Obama wrapped itself up with Mexican drug cartels by supplying them with firearms purchased from small businesses in the American southwest. These guns, purchased by the ATF for the cartels, were ultimately used to carry out crimes within our borders and kill our countrymen. These manufactured events provided cover for the ATF to push new gun control measures.

It’s clear the federal government will enact policies and programs that run roughshod over the constitutional liberties of the American people without a second thought.

Even the director of the US Centers for Disease Control and Prevention is getting involved with the war on the Second Amendment. In an interview with CNN this past August, CDC director Dr. Rochelle Walensky expressed her intention to “protect” the health of Americans by getting involved in what President Joe Biden referred to as a “gun violence public health epidemic.”

Democrats across the country — in virtually every level of government — are very clear about their intentions to prevent Americans from exercising their right to bear arms. It isn’t surprising that the government under Joe Biden is pushing for policies that will make it harder for Americans to protect their families, their property, or themselves, but that doesn’t make it any less immoral or any less anti-American.

Samuel Mangold-Lenett is a student at the NKU Salmon P. Chase College of Law. His writing has been featured in the Daily Wire, Daily Caller, The Federalist, and other outlets. He is the Editor-in-Chief of the Cincinnati Republic. Sam is a Young Voices contributor and an alum of the National Journalism Center. Follow him on Twitter @Mangold_Lenett.