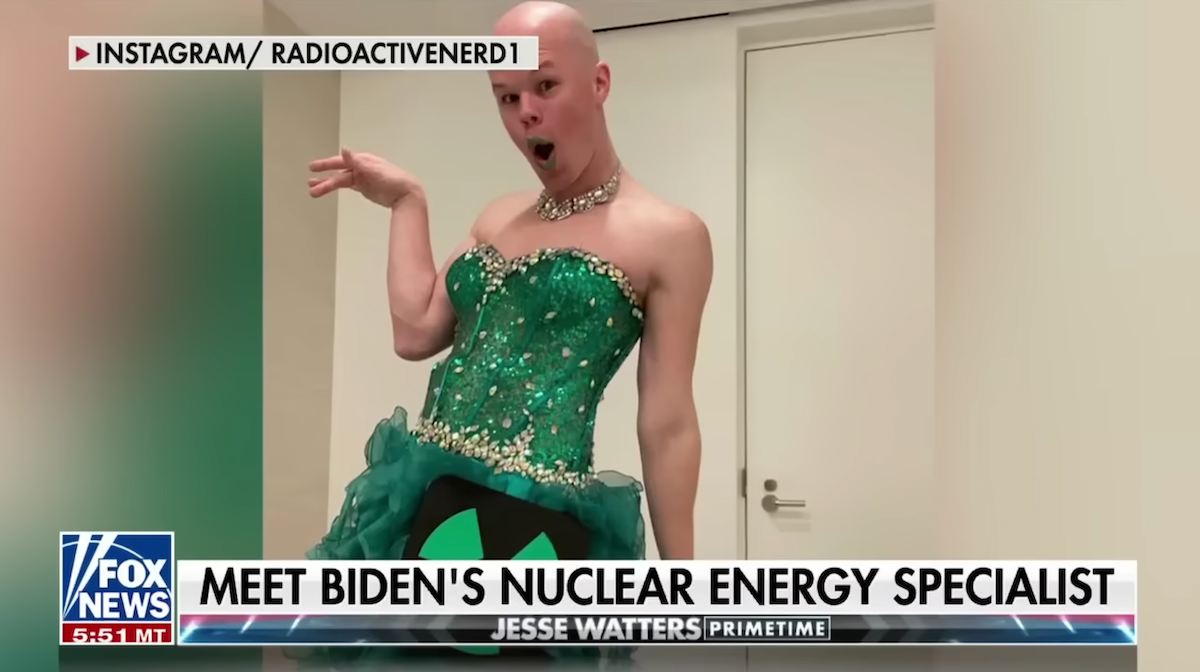 Sam Brinton, the “gender-fluid” Biden administration official who reportedly stole a woman’s luggage at an airport, has been placed on leave over the incident.

Brinton, deputy assistant secretary of the Office of Spent Fuel and Waste Disposition in the U.S. Department of Energy, allegedly removed a luggage tag from a navy blue Vera Bradley suitcase bag, dropped it into his handbag, and “then left the area at a quick pace” on September 16, 2022, according to a criminal complaint reported by Alpha News.

“Sam Brinton is on leave from DOE, and Dr. Kim Petry is performing the duties of Deputy Assistant Secretary of Spent Fuel and Waste Disposition,” an Energy Department spokesperson told The Hill.

Brinton, who has caused a stir among Americans for his role in the federal government for dressing in drag and boasting online about his puppy role-play fetish, reportedly flew into MSP with American Airlines just before 4:30 p.m. from Washington, D.C., According to the complaint, Brinton traveled without a checked bag, indicating he had no purpose to claim a bag after landing.

The complaint alleges Brinton left the airport in an Uber and checked into the InterContinental St. Paul Riverfront hotel with the blue bag.

Briton returned to MSP two days later, on September 18, and flew back to Washington, D.C., with the same bag.

Records and video surveillance showed the suitcase belonged to a female passenger who flew into the MSP on a Delta flight from New Orleans. According to a report, she notified law enforcement that her bag and the contents inside — valued at around $2,325 — had gone missing in the baggage claim area on the same day Brinton allegedly took the luggage.

Authorities contacted Brinton that same day, asking if he “took anything that did not belong” to him.

“Not that I know of,” Brinton allegedly responded, but later admitted he took the bag.

“If I had taken the wrong bag, I am happy to return it, but I don’t have any clothes for another individual. That was my clothes when I opened the bag,” he told police, according to the complaint.

He allegedly called authorities two hours later and apologized for not being “completely honest,” adding he took the bag thinking it was his in a state of exhaustion. The complaint also alleges Brinton realized it wasn’t his bag after opening it up at the hotel, at which point he “got nervous” and “didn’t know what to do.”

Briton allegedly told authorities he removed the clothes from the suitcase in the hotel room and returned to D.C. with the bag because it would have been “weirder” if he had left the bag at the hotel. However, authorities said no clothing was recovered from the hotel room.