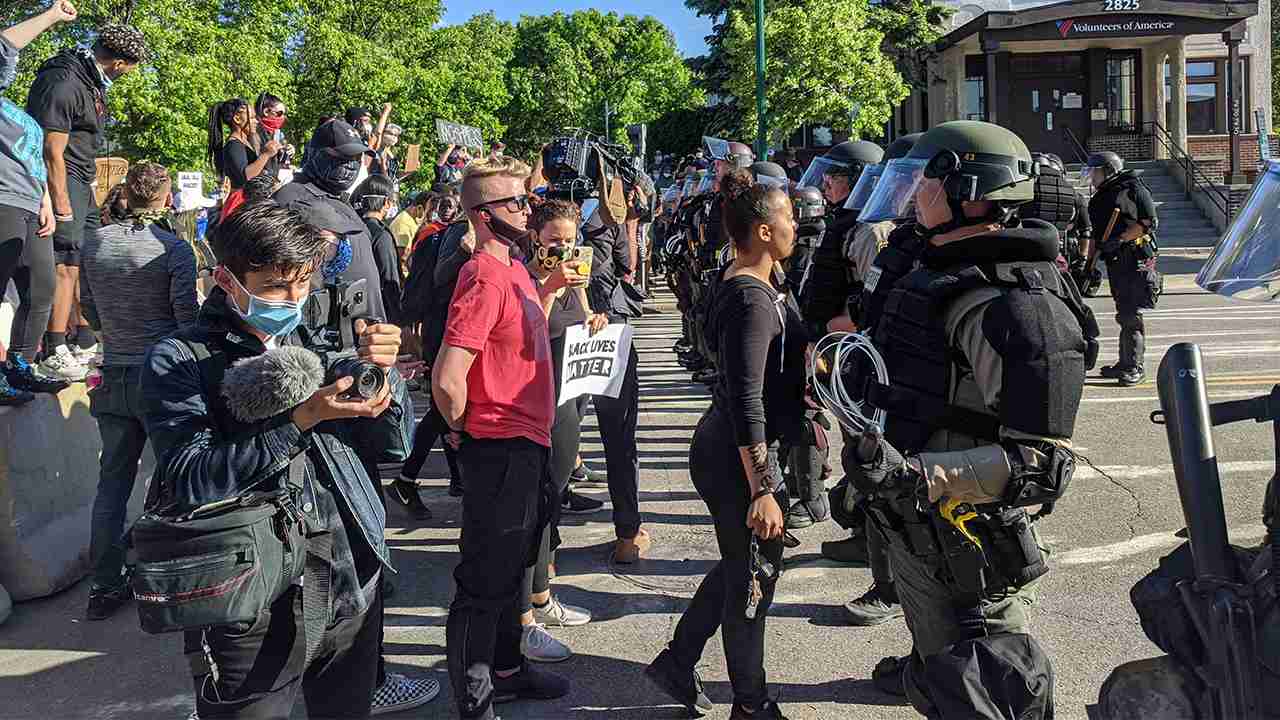 In A.D. 286 the Roman emperor Diocletian split in half the huge Roman Empire administratively – and peacefully – under the control of two emperors.

By 330 the Emperor Constantine institutionalized that split by moving the empire's capital from Rome to his new imperial city of Constantinople, founded on the site of the old Greek polis of Byzantium.

The two administrative halves of the once huge empire continued to drift apart. Soon there arose two increasingly different, though still kindred versions, of a once unified Romanity.

The Western empire eventually collapsed into chaos by the latter fifth century A.D.

Yet the Roman eastern half survived for nearly 1,000 years. It was soon known as the Byzantine Empire, until overwhelmed by the Ottoman Turks in 1453 A.D.

Historians still disagree over why the East endured while the West crumbled. And they cite the various roles of differing geography, border challenges, tribal enemies and internal challenges.

We moderns certainly have developed unfair stereotypes of a supposedly decadent late imperial Rome of Hollywood sensationalism that deserved its end. And we likewise mistakenly typecast a rigid, ultra-orthodox bureaucratic “Byzantine” alternative that supposedly grew more reactionary to survive in a rough neighborhood.

Yet in both cases, separate geography multiplied the growing differences between a Greek-speaking, Orthodox Christian and older civilization in the east, versus a more or less polyglot and often fractious Christianity in the Latin West.

Byzantium held firm against ancient neighboring Persian, Middle Eastern and Egyptian rivals. But the West disintegrated into a tribal amalgam of its own former peoples.

Unlike the West, the glue that held the East together against centuries of foreign enemies, was the revered idea of an ancient and uncompromising Hellenism — the preservation of a common, holistic Greek language, religion, culture and history.

By A.D. 600, at a time when the West had long ago fragmented into tribes and proto-European kingdoms, the jewel at Constantinople was the nerve center of the most impressive civilization in the world, stretching from the Eastern Asia Minor to southern Italy.

There is now much talk of a new American red state/blue state split–and even wild threats of another Civil War. Certainly, millions of Americans yearly self-select, disengage from their political opposites and make moves based on diverging ideology, culture, politics, religiosity or lack of it, and differing views of the American past.

More conservative traditionalists head for the interior between the coasts, where there is usually smaller government, fewer taxes, more religiosity and unapologetic traditionalists.

These modern Byzantines are more apt to define their patriotism by honoring ancient customs and rituals – standing for the national anthem, attending church services on Sundays, demonstrating reverence for American history and its heroes, and emphasizing the nuclear family.

Immigration in fly-over country is still defined as melting pot assimilation and integration of new arrivals into the body politic of a hallowed and enduring America.

While red states welcome change, they believe America never had to be perfect to be good. It will always survive, but only if it sticks to its 234-year-old Constitution, stays united by the English language, and assimilates newcomers into an enduring and exceptional American culture.

In contrast, the more liberal blue state antithesis is richer from globalist wealth. The west coast from Seattle to San Diego profits from trade with a thriving Asia. It is bookended by the east coast window on the European Union from Boston to Miami.

The great research universities of the Ivy League, MIT, Caltech, Stanford, and the University of California system are bicoastal. Just as Rome was once the iconic center of the entire Roman project, so blue Washington, D.C., is the nerve center for big-government America.

The salad bowl is the bicoastal model for immigration. Newcomers can retain and reboot their former cultural identities.

Religion is less orthodox; atheism and agnosticism are almost the norm. And most of the recent social movements of American feminism, transgenderism and critical race theory grew out of coastal urbanity and academia.

In turn, they concede that the vast red interior – with about the same population as blue America but with vastly greater area – is the more pragmatic, predictable and home to the food, fuels, ores and material production of America.

Our Byzantine interior and Roman coasts are quite differently interpreting their shared American heritage as they increasingly plot radically divergent courses to survive in scary times.

But as in the past, it is far more likely that one state model will prove unsustainable and collapse than it is that either region would ever start a civil war.