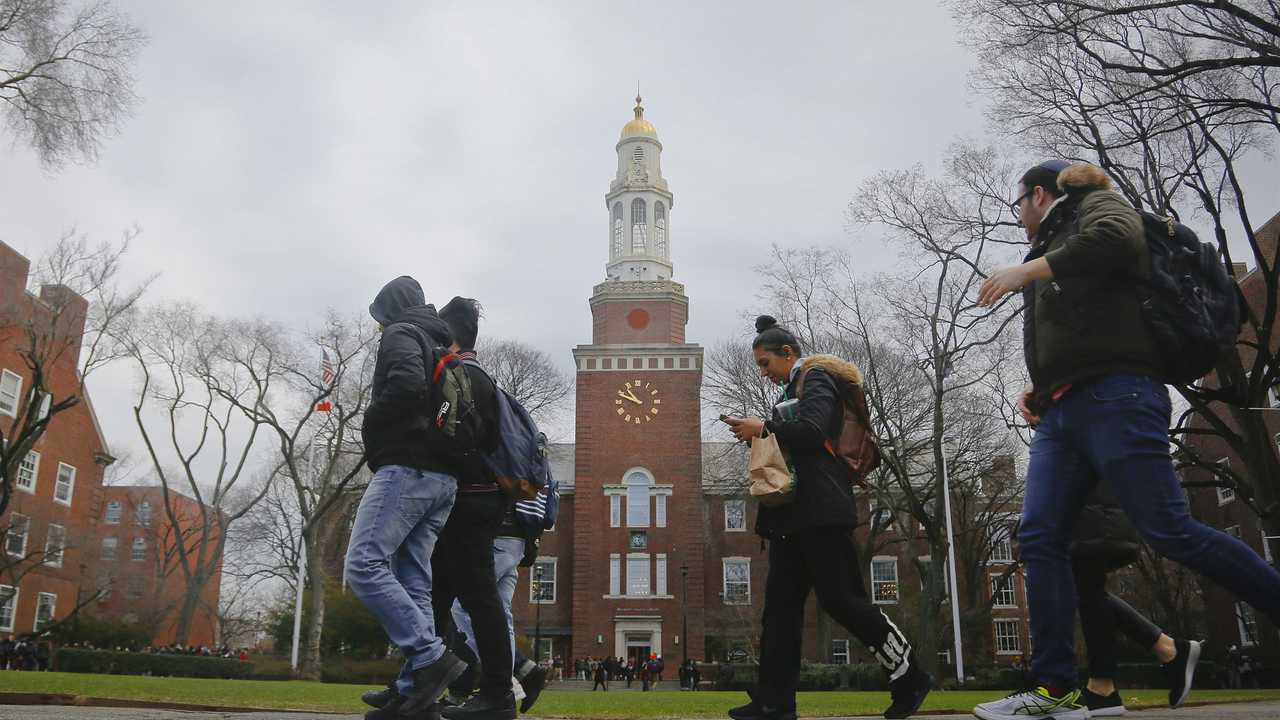 But that’s only the most recent change to Classics at Princeton. A year ago, the faculty ignited a national controversy by scrubbing Latin and Greek from their required core curriculum—and they haven’t looked back.

These milestones might seem unrelated. But they actually point to the same worrying trend within Classics: a tendency to play politics with historic texts.

This trend shouldn’t shock anyone. For decades, academia has been slipping leftwards, and it’s unrealistic to think Classics would escape. As it turns out, today’s classicists can’t get enough of ancient colonialism, ancient gender norms, and ancient race relations. The Joshua Katz firing simply publicized what we already knew: Latin and Greek have gotten woke.

It’s clear that partisan zeal motivated the attack against Professor Katz. On July 4, 2020, as riots blazed across the United States, hundreds of Princeton profs signed an open letter declaring that “Anti-Blackness is foundational to America”—and ordering Princeton to track down and silence “racist” research. Predictably, the letter didn’t specify what makes research “racist”; that responsibility would fall to a special committee appointed by the university.

Four days later, Joshua Katz responded with his own statement, “A Declaration of Independence by a Princeton Professor,” which respectfully but firmly critiqued the open letter and called for academic freedom.

And the mob shot him down.

Almost immediately, the Daily Princetonian began investigating a disciplinary procedure levied by the university against Katz three years before. Then, in an outrageous offense against university protocols, Princeton investigated Katz all over again. The news washed across the internet, faculty members publicly excoriated their colleague as a racist—and by May 23rd of this year, Katz’s career at Princeton had ended.

And—crucially—the guardians of classical history, literature, and philosophy couldn’t find the guts to defend him.

In fact, Princeton’s finest Classics scholars fell over themselves trying to shred their colleague’s reputation. The director of graduate studies apologized to students for the hurt Katz had caused, and the faculty made his courses effectively optional and shunned him like the proverbial super-spreader.

These choices reflect the Classics department’s political stance. Back in 2020, eight of Professor Katz’s colleagues had signed the open letter demanding that Princeton institute antiracist reforms. It seems that, for Princeton, Classics isn’t about truth—at least not primarily. It’s about banging history into the shape most convenient for contemporary politics.

It’s true, of course, that politics isn’t new to Classics. The American Founders pumped themselves full of Cicero, Thucydides, and Plutarch, and the Federalist Papers liberally cite the ancients. Even into the modern era, presidents such as Calvin Coolidge and Harry Truman grew up on Latin. In other words, Classics has informed American identity for centuries. That hasn’t changed.

What’s changed is the content of American identity—and with it, the political use of Classics.

The Princeton Classics faculty website, for instance, declares that “the history of our own department bears witness to the place of Classics in the long arc of systemic racism.” Likewise, Yale pledges to “highlight the historic and present uses of the classical in bolstering and defending oppression and exclusion.” Boston University boasts a similar philosophy.

But top-tier universities don’t have a monopoly on woke conformism. Smaller schools are joining the chorus. Classics at USC Dornsife, for instance, acknowledges their discipline’s “historical complicity in the creation and perpetuation of…injustices.”

Gettsyburg College similarly “recognizes and deplores the exclusionary history of the discipline of Classics” and its “destructive role…in colonialism, racism, white supremacy, elitism, and class exploitation.”

I don’t mean to suggest, of course, that classicists should stop researching ancient slavery, demographics, and class divisions. But to ground an entire discipline in theories of racism and white guilt is a shamelessly anachronistic move.

And, predictably, the angry spirit behind these diversity statements has animated classical research—transforming Classics into just another leftist propaganda-outlet.

Cornell, for instance, hosts an annual workshop entitled “Critical Conversations in Classics.” Past topics have included “Classics and Postcolonial Theory,” “Antiracism in Theory and Practice,” and “Classicism and Antiblackness.”

Meanwhile, some of America’s most talented classicists are adopting this kind of rhetoric on their own time. Harvard professor Emily Greenwood, for instance, studies “unruly histories of [classical] reception,” which supposedly challenge “existing conceptions of the Western classical tradition and Classics as a node for black internationalism.”

Paul Allen Miller and Richard Armstrong—co-editors of the Classical Memories Modern Identities Series—have roped others into this neo-Marxist agenda. Their newest book on Classics and Race will explain “how…Classics [can] help us process a historical and scholarly legacy of white supremacy”—and how the discipline has been commandeered “by and for racist agendas” and used “as a tool of resistance.”

Projects such as these don’t represent honest scholarship, motivated by a thirst for truth—they’re a sop to the leftist crowd.

And as we’ve seen, these scholarly talking-points now dominate the academy. Princeton represents the general state of Classics—the most recent academic field to be consumed by leftist ardor. It’s just a fact: Classics has gotten woke. And unless a new generation of scholars rejects propaganda in favor of serious research, the discipline is truly sunk.