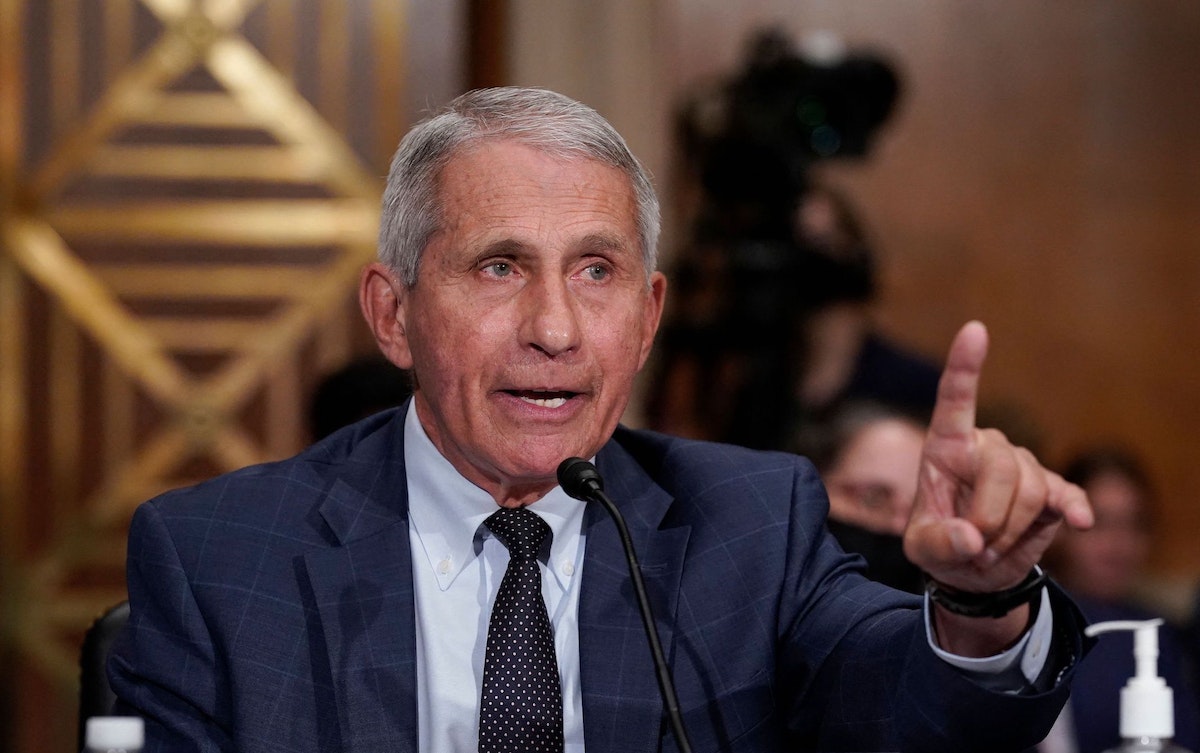 Last Thursday, nine months after promising not to mandate vaccination against the Chinese coronavirus, President Joe Biden mandated vaccination against the Chinese coronavirus. Yet while the president may have lied to the American people, he did so for the noblest of reasons: he “followed the science.” Conservatives may not trust Democrat politicians, one concedes, but surely we trust “the science.

I, for one, trust neither. “The science,” the record shows, does not have a particularly good record in this “pandemic,” now in its 547th day of 15 to slow the spread. In February of 2020, as the World Health Organization helped China hide the extent of the epidemic from the rest of the world, our putatively science-denying president Donald Trump banned travel from our sickening geopolitical adversary. At the same time, supposedly science-minded politicians such as Nancy Pelosi and Joe Biden urged unmasked crowds to “come to Chinatown,” dismissing Trump’s attempts to protect the public health as “hysterical xenophobia.”

In Pelosi’s partial defense, she would have had no reason to encourage her constituents to wear masks. At the time, “the science” and its spokesman Dr. Anthony Fauci actively discouraged people from donning the secular keffiyeh. “There’s no reason to be walking around with a mask,” Fauci declared on March 8, 2020. “When you’re in the middle of an outbreak, wearing a mask might make people feel a little bit better, and it might even block a droplet, but it’s not providing the perfect protection that people think it is.” According to Fauci, the masks did not merely fail to stop the spread of the virus; they actively damaged public health.

The mullah of microbes reversed his fatwa the following month, encouraging people to follow the science as laid out by the CDC and wear the masks. But by then the masks had become almost a moot point: people had little occasion to leave their houses at all as the disciples of the science “locked down” society. Sporting events shunned fans. Businesses conducted their commerce on livestream when they were not forced to close shop altogether. Priests could not minister to the faithful at church.

But “the science” spared certain activities. The “mostly peaceful” leftist terrorists who looted, burned, and shot up cities coast-to-coast during the summer of 2020 seemed immune to the deadly pandemic and the public health apparatchiks who ruled in its name. Twelve-hundred scientists signed an open letter in support of mass Black Lives Matter demonstrations, which they reasoned would actually improve the public health by suppressing “white supremacy,” in their view “a lethal public health issue that predates and contributes to COVID-19.”

Not even the invention of multiple vaccines seems to have cleared up the confusion. “The science,” fickle as ever, continues to make contradictory claims. The vaccines, “the science” says, are safe and effective, but the vaccinated must continue to mask in order to protect themselves from the unvaccinated, who comprise people reluctant to receive the vaccine, which can cause heart problems and blood clots, particularly among young people, who face little risk of grave injury from the virus in the first place but who must take the shot regardless to protect the vaccinated, whose effective immunization has nonetheless left them vulnerable to infection by the unvaccinated.

If you are still following, that makes one of us.

The scientific method tests the truth of an hypothesis through experimentation. Over the past year-and-a-half, test after test has disproved the wisdom of a political order set exclusively by “the science.” It is long past time to try another theory.

The views expressed in this opinion piece are the author’s own and do not necessarily represent those of The Daily Wire. ABOUT US
Contact us: new[email protected]
© 2021 - Patriots Freedom - All Rights Reserved.