Happy Thanksgiving! It’s a good day to enjoy family and friends, gorge on a scrumptious meal, watch sports, and just relax. This is the one time of year set aside to reflect on and be grateful for what we have and what we have accomplished. It’s also a great chance to appreciate the contributions and accomplishments of others. So, without further ado, Liberty Nation presents: The Turkey Awards.

Thanksgiving is one of our most controversial holidays, as many Native Americans view the day as an insult to their ancestors who were later betrayed by the white man. Our first turkey award goes to MSNBC for capitalizing on the current racial divide in our country with a heated video essay, “Mythology of American Thanksgiving,” from author and speaker Gyasi Ross of the Blackfoot nation.

“The mythology of Thanksgiving closely mirrors the mythology of America,” Ross began. “That mythology is the image that white Americans love to see of themselves.” He continued, sending home the message of white supremacy:

While few would argue that Native Americans didn’t get a raw deal throughout much of U.S. history, the reason for the turkey award is that the media outlet decided to further fan the flames of the racial divide in the nation at a time when we should be giving thanks instead. Rather than a turkey, perhaps the ostrich would be a better bird for the vice president with a habit of burying her head in the sand and refusing to see – or respond to – the nation’s problems which she’s been tasked with addressing. She hired child actors to promote space exploration, and, as the New York Post put it, gave a “memorably loopy performance alongside a quintet of child actors who auditioned for their roles.” She either violated or came real close to violating – depending on who you ask – the Johnson Amendment by lecturing Virginia churchgoers on who they should vote for. She pulled a disappearing act when sent to the border and was no help there.

The trial of Kyle Rittenhouse has left Democrats frothing at the mouth in outrage. The fact that an 18-year-old who shot and killed two people and injured another was set free, found not guilty on all charges, was a heavy pill to swallow for some. So bitter, in fact, that Representative Jerry Nadler (D-NY) said the case “justifies Federal review by DOJ.” In other words, he (and many others on the left) are not satisfied with the jury’s verdict and are looking for other ways to get what they want.

America’s “doctor” is more of a golden goose to the left than a turkey, but he makes our list for his inconsistent advice and warnings and his ability to escape any repercussions for lying to Congress about his involvement with the Wuhan Institute of Virology (WIV) and funding for gain-of-function coronavirus experiments. Now, as booster shots are widely being encouraged, Dr. Fauci says at this time people do not have to have the booster to be considered fully vaccinated – but that may change. You might be wondering why President Joe Biden isn’t at the top of our turkey list, but we’ll get to that later. Less than a year in office and this commander-in-chief has given us way too much fodder to keep up with. We could start with his determination to get rid of everything Trump, which caused one of the biggest border crises in this nation’s history, with an executive order here and there, undoing all the border protection securities that had been put into place. Add to that the fact that he has not even visited the border in nearly two decades, passed down the handling of the immigration surge to Kamala Harris, and declared the way to fix America’s border issues is to correct the root causes in other countries.

Next on the agenda seems to be destroying America’s independence when it comes to oil and gas by dismantling the pipelines that supply the country with precious fuel. Then, of course, blame the high gas prices on gas stations. After Biden’s party righteously sought to defund the police because it was the moral thing to do, they now are backpedaling and trying to refund some departments since crime has skyrocketed under the left’s mismanagement. And the Afghan fiasco? We won’t even delve into that here.

The vaccine mandate is another sticky point that has brought lawsuits against the president. Trying to improve his image while suffering low approval polls, Biden decided to act tough and suggest boycotting the Beijing Olympics, which didn’t really bother China.

Then, to top it all off, he announced he will be running for re-election in 2024. Yes, you read that right. Our number one turkey award goes to The Catholic University of America’s Columbus School of Law for several paintings depicting George Floyd as Jesus Christ. One such painting by Kelly Latimore, titled “Mama,” shows a mother mourning her dead son, reminiscent of Michelangelo’s “La Pietà” where the Virgin Mary is depicted holding Jesus Christ after his crucifixion. In fact, the description of the work reads: “The image is evocative of the Pietà – the Mother of Sorrows … may Mary, the Mirror of Justice, hear the cry of all who have known the sorrow of losing a loved one to violence and injustice.”

Blayne Clegg, the former Catholic University College Republicans president, said he was shocked when he saw the painting. The student told Fox News:

“There’s a fine line between recognizing the innate dignity and righteousness of human beings that are made in the image of God and embracing brazen, progressive politics.

“I haven’t found anybody who’s been able to give a serious theological justification for this kind of heretical, blasphemous, idolatry.”

While there are a lot of turkeys to choose from, a Catholic school choosing to idolize a criminal to replace Jesus takes home the prize. What happened to Floyd was not right, but setting him up on a pedestal, especially considering his past criminal behavior, earns the university the top turkey award. 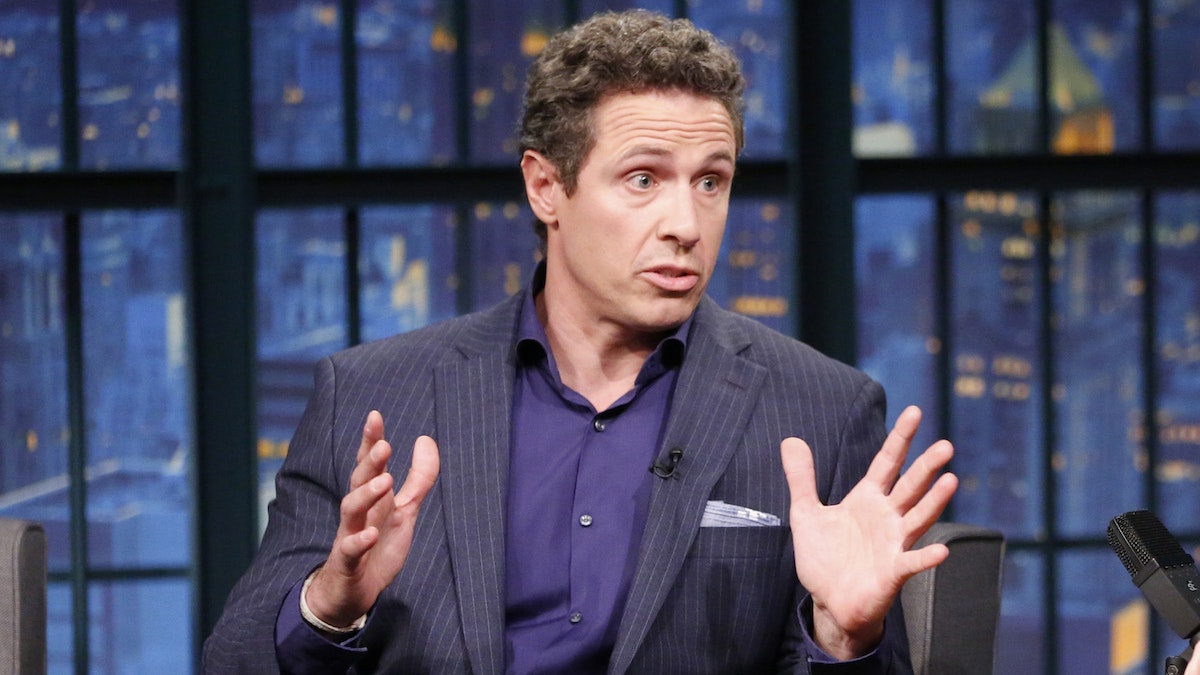