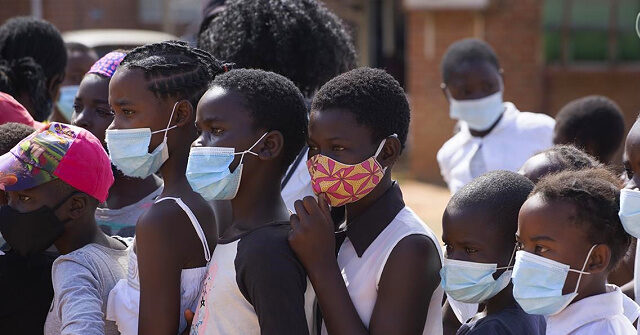 Zimbabwe’s latest outbreak of measles — an infectious viral disease that typically occurs during childhood — has killed at least 157 children in the country in recent weeks and caused more than 2,000 cases of the disease nationwide, Agence France-Presse (AFP) reported on Tuesday.

“As of 15 August, the cumulative figure across the country has risen to 2,056 cases and 157 deaths,” Zimbabwe Information Minister Monica Mutsvangwa told reporters after a regular cabinet meeting that day.

Mutsvangwa said Zimbabwe’s government planned to ramp up vaccination efforts against measles in the coming days and had “invoked special legislation allowing it to draw money from the national disaster fund ‘to deal with the emergency.'”

She noted that most children who have died from measles so far during the epidemic “were not vaccinated [against measles].”

AFP described Zimbabwe’s measles outbreak on August 16 as starting sometime “earlier this month, with reported deaths almost doubling in less than a week.”

Children wait to be registered before a measles vaccination at a centre in Mbata-Siala, near Seke Banza, western DR Congo on March 3, 2020. (Photo by JUNIOR KANNAH/AFP via Getty Images)

Reuters, which reviewed the statement, relayed the following on August 14:

In a statement seen by Reuters on Sunday [August 14], the ministry said the outbreak had now spread nationwide, with a case fatality rate of 6.9%.

Health Secretary Jasper Chimedza said that as of Thursday [August 11], 1,036 suspected cases and 125 confirmed cases had been reported since the outbreak, with Manicaland in eastern Zimbabwe accounting for most infections. […]

Most reported cases are among children aged between six months and 15 from religious sects who are not vaccinated against measles due to religious beliefs, he added.

The Zimbabwean Apostolic sect community “is not a homogenous religious entity, and therefore Apostolic religion comprises of several sects, and each with different interpretations of Apostolic teachings and practices,” the United Nations Children’s Fund (UNICEF) observed in 2011.

“Others base their teachings and practices on the Bible, founders’ philosophy and doctrine, ‘revelation from and of the Holy Spirit’ or Mweya, mixture of beliefs including some aspects of African culture and religion, and modernity [sic],” UNICEF stated.

Apostolic sect congregations in Zimbabwe — and neighboring South Africa, where Apostolic sect communities are also present — often have low vaccination rates. This stems from the belief of many Apostolic sect leaders that the modern healthcare system is “worldly (heathen).”

“[T]hese beliefs among ultra-conservative Apostolic groups act as a barrier to the uptake of modern healthcare services and medicines [such as inoculations],” according to UNICEF.

The U.S.-based Mayo Clinic notes on its website that while measles was “once quite common” it may now “almost always be prevented with a vaccine.”

“Also called rubeola, measles spreads easily and can be serious and even fatal for small children. While death rates have been falling worldwide as more children receive the measles vaccine, the disease still kills more than 200,000 people a year, mostly children,” according to the nonprofit academic medical center.

Zimbabwe is a deeply impoverished nation that lacks a functional healthcare system after decades of socialist rule. This means that Zimbabwean citizens in general, regardless of religious affiliation, demonstrate low rates of vaccination against common diseases such as measles.

UNICEF observed that Zimbabweans generally demonstrate a “hesitancy” toward and “refusal” of immunization for their children in a report published in December 2016, writing:

Vaccine preventable diseases contribute to the total child deaths amounting to approximately 38,766 deaths per year. Such deaths from vaccine preventable diseases are inexcusable and tragic. Vaccine hesitancy and refusal continue to pose challenges to reaching immunization targets in the country, and potentially affect the country’s ability to drastically reduce infant and child mortality.

“Apostolic faith affiliated households were less likely to have BCG, measles, and polio immunization compared to other Christian groups,” according to UNICEF.

“BCG” stands for Bacillus Calmette–Guérin, which is a vaccine primarily used against tuberculosis.