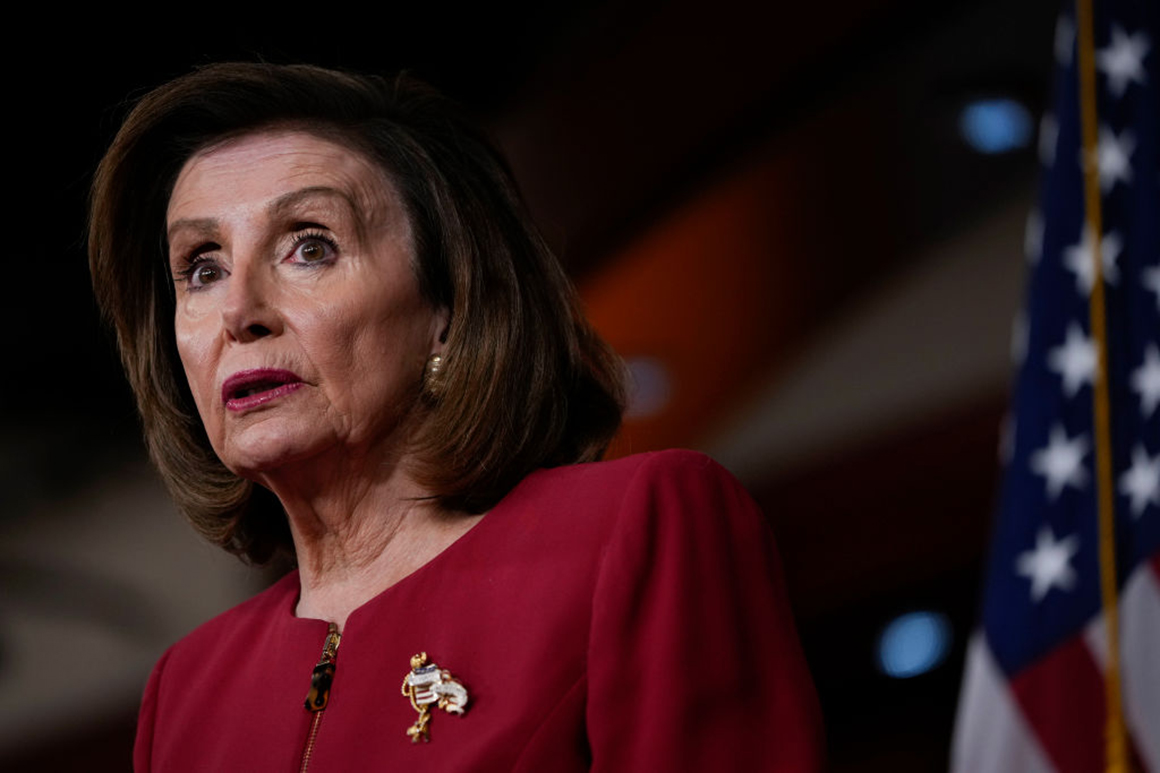 The twinned legislative measures are essential parts of President Joe Biden’s agenda: The smaller measure is designed to upgrade the nation’s infrastructure and the larger package is meant to cover areas that go beyond traditional infrastructure, including tackling climate change and lowering the cost of child care.

While Pelosi said 95 percent of Democrats agree on Biden's Build Back Better agenda, host George Stephanopoulos pointed out that Democrats need 98 or 99 percent agreement to pass the bills. Rep. Pramila Jayapal (R-Wash.), chair of the Congressional Progressive Caucus, said last week that more than 50 members of her caucus plan to vote no on the infrastructure bill is there isn't first agreement on the social investment bill; speaking Sunday morning on CNN’s “State of the Union,” Jayapal again called for the social-spending package to be resolved before the infrastructure bill is voted on.

“We are excited to vote for both, and we will vote for both,” Jayapal said. “But we need to actually get the reconciliation bill done.”

The spending package faces opposition in the Senate not only from Republicans, but also Democratic Sens. Joe Manchin of West Virginia and Kyrsten Sinema of Arizona, who have voiced reservations to the $3.5 trillion price tag.

To pass both bills, “it's going to take work,” Jayapal said. “And it's going to take the Senate, Joe Manchin and others, sitting down to actually negotiate. And I am ready, willing and able to talk to anyone about anything at any time to get that done.”

Rep. Josh Gottheimer (D-N.J.) said the infrastructure bill and the spending package don't necessarily have to be passed simultaneously.

“These are two separate bills, right?” said Gottheimer, co-chair of the centrist Problem Solvers Caucus, on “State of the Union.”

“You have got infrastructure, a historic once-in-a-century — there's no reason why we shouldn't pass that right away and get those shovels in the ground and make sure we do everything we can to stop derailments and invest in our infrastructure and climate and make sure we fight climate change. And then, also, we should keep working on this separate bill on reconciliation, which I'm committed to passing.”

But Sen. Cory Booker (D-N.J.) disagreed Sunday, reiterating a message from Biden earlier this week that the bills should be passed together.

“I don't like how this has been characterized ‘progressives versus moderates,'” he said on NBC's “Meet the Press.”

“The president as recently as last week has said, ‘Look, don't separate this. This is one package that we're looking at.' And so I just want to make sure this is not about a bunch of people who are battling it out in Congress. This is about the American people. And to get half of this done and leave mothers who are looking for affordable child care, Americans who are looking for lower cost prescription drugs, to leave people like that on the wayside, families that need that Child Tax Credit, to leave those folks on the wayside, it was unacceptable to me.”

Pelosi said that to get the necessary votes there would have to be further changes to the social spending bill passed by the House Budget Committee on Saturday.

It “seems self-evident” that the final number will end up being smaller than $3.5 trillion, but Democrats are “ready” to negotiate and come to a consensus, she said.

“Obviously, with negotiation, there will have to be some changes in [the $3.5 trillion price tag] — the sooner the better so that we can build our consensus to go forward,” Pelosi said.

Adding to the complications is the possibility of a government shutdown.

“Isn't that irresponsible beyond words?” Pelosi asked, pointing out that Democrats cooperated three times during the Trump presidency to lift the debt ceiling. “Who said it more articulately than Mitch McConnell at the time: ‘You cannot play Russian roulette with the debt ceiling and well-being of our economy,'” she said, quoting the current Senate minority leader.

Sen. Pat Toomey (R-Pa.), ranking member of the Banking Committee, said he was committed to voting no on funding the government, while dismissing concerns that there is serious risk of a shutdown.

“They are in the midst of an absolutely unprecedented, very damaging spending spree on a scale that we have never seen,” Toomey said on “State of the Union.” “And they want us to come along and authorize the borrowing to help pay for it, when we are totally opposed to what they're doing. They don't need a single Republican vote.”

“And if they want to do this, they can go ahead and bring the attention of the American people to the increase in debt that we're going to need to pay for this spending spree,” Toomey added.