Representative Rashida Tlaib (D-MI), one-fourth of the infamous “Squad,” sat down with Axios’ Jonathan Swan for a discussion about her support of the 2020 BREATHE Act. Despite the congresswoman’s attempts to imply otherwise, the bill would shutter all federal prisons and immigration detention centers within ten years – meaning that every inmate and illegal immigrant held by the government must go somewhere.

When Swan launched into the possible ramification of releasing thousands of violent offenders, the congresswoman immediately backpedaled, insisting that the reporter and everyone else who has attacked the progressive bill in the past have it all wrong. Could it be that opponents of the legislation have misrepresented it, intentionally or otherwise – or is Tlaib the one playing political games?

You’ve Got It All Wrong!

After a brief introduction of the fact that the BREATHE Act would close federal prisons within a decade, Swan asked Tlaib a properly neutral “journalistic” question: “To what extent have you wrestled with any potential downsides of releasing into society every single person who’s currently in federal prisons?” He neither made accusations nor named any of the “downsides.” Immediately, the doublespeak began. Here are just a few “corrections” the representative issued:

Meanwhile, in the Real World …

While some of the incarcerated mentally ill might be moved to long-term care facilities, the vast majority would likely be back on the streets – though one must wonder what she would do with the Jan. 6 detainees. Dealing with only the federal penitentiary population, that’s 156,534 convicts freed. If nothing else, consider what this – and the 37,516 now-unemployed prison staff members – would do to the job market! Certainly, many who end up living a life of crime have mental illnesses and tragic backstories replete with childhood abuse. Does that mean they aren’t accountable for their behavior as adults? The congresswoman implies, of course, that the majority of inmates are there because they aren’t getting the care they need, and that only a small portion are dangers to society, despite those who oppose the movement to end mass incarceration tending to focus on the worst of the worst.

Do political activists tend to highlight the extremes? Of course. Consider the so-called pro-choice folks, like Tlaib. Often when the right to elective abortion is challenged, the first counter is, “But what about rape and incest?” In reality, that accounts for something like 1% of the total number of elective abortions in a given year. Still, those who adamantly lobby for this to be considered a constitutional right default to that extreme case as the last-resort argument.

Is this what’s happening with the mass incarceration debate? Not really, according to statistics provided by the Federal Bureau of Prisons (BOP). There certainly are non-violent offenders in prison who probably shouldn’t be – but several of the categories presented by the BOP either obviously include violence or the threat thereof:

Added together, that’s a whopping 48.2% of all federal inmates. For argument’s sake, let’s very generously – and, perhaps, foolishly – assume that a mere 25% of those in the Burglary, Larceny, Property Offenses; Extortion, Fraud, Bribery; and Weapons, Explosives, Arson categories – the only ones listed here that have the potential for “peaceful” crimes – are violent offenders. That still comes up to a quarter (25.1%). It’s hardly a case of focusing on extremes when the “worst of the worst” make up such a large portion.

She Isn’t All Wrong Tlaib does hint at a very solid point, even if she fails to fully develop it: The way society deals with criminals right now doesn’t really work. Imagine someone living in poverty who turns to crime – perhaps it’s selling drugs or counterfeiting money – as a way to break free of destitution. Now assume that person gets caught. Stick him or her in a human warehouse full of other criminals for a while. After some time, release this person into the wild once more, but with a publicly available criminal record so that many jobs and affordable housing options are closed to him or her and merely exercising what is a right for everyone else becomes a felony in itself. Is it any wonder the national recidivism rate is more than 65%?

So what measures might work? Should criminals be sentenced to hard labor, then released, without things like parole or a public record to make life harder once on the outside? How about mandatory therapy and job-training programs while on the inside to prepare folks for life in the real world? And finally, what if we only considered things that actually violate the rights of another person to be crimes? Any one of those would likely reduce mass incarceration – especially the last.

That best-case scenario of a fully reformed convict who mentors children to keep them out of gangs is a rarity – but he also almost certainly reached that goal because of time spent in prison. Proof, we might say, that real reform is possible. 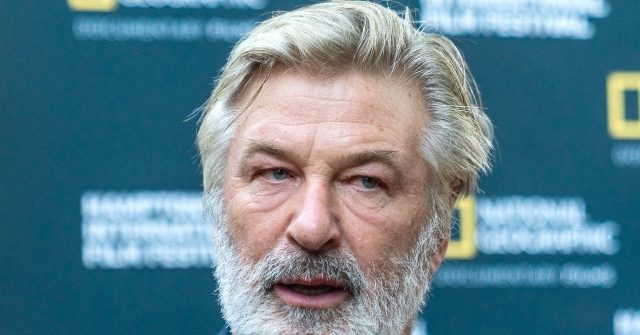