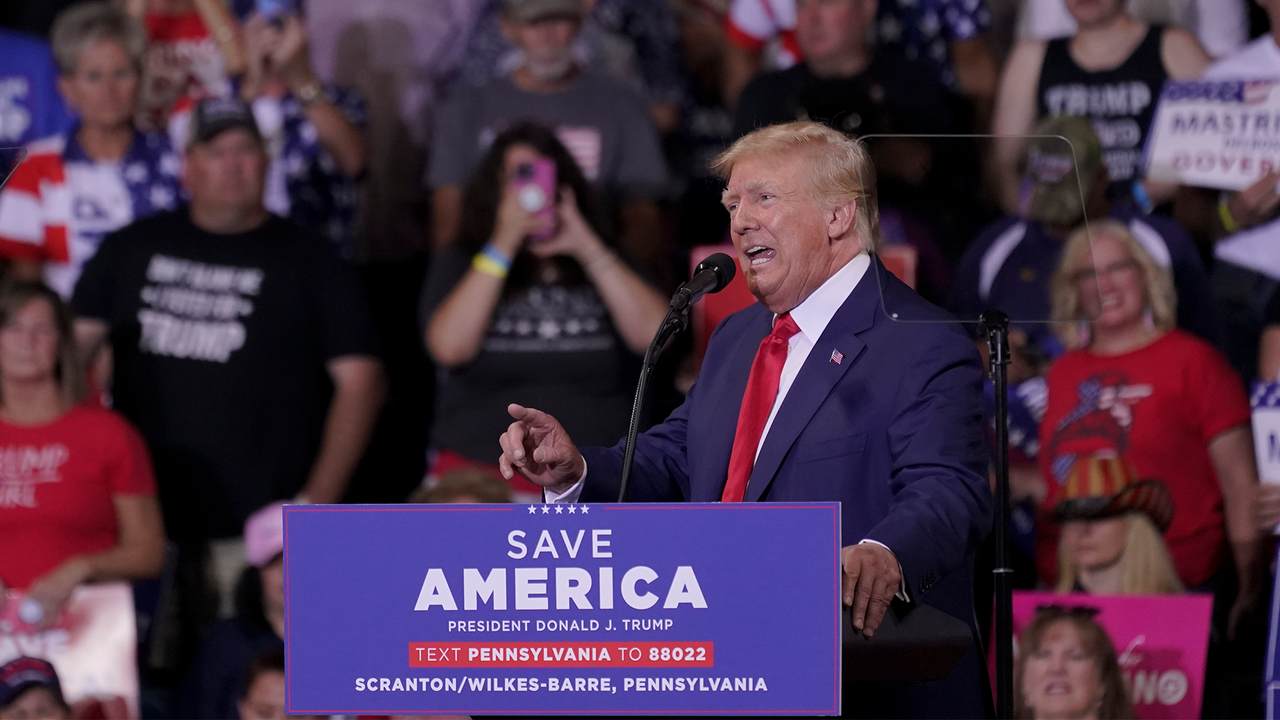 The dictionary defines “grift” as “a petty or small-scale swindle.” What is happening to the Republican Party trumps that and jeopardizes the Republican takeover of Congress. Not enough people are willing to discuss it.

The financial disclosure numbers are out. Combined, the Democratic National Committee and Republican National Committee have $80 million. Again, that is the combined amount of both parties. Former President Donald Trump's Save America PAC has $99 million in cash, more than both major political parties.

Unfortunately for Trump's endorsed candidates like Herschel Walker in Georgia, Adam Laxalt in Nevada, Blake Masters in Arizona and Mehmet Oz in Pennsylvania, the former president has chosen to pay his legal and travel bills, not fund his preferred candidates. According to the financial disclosure report, Save America PAC spent around $150,000 to beat Rep. Liz Cheney, R-Wyo., in her primary, $3.8 million on legal fees and $800,000 on travel and events.

Republicans in the Senate, scrambling to take back that house of Congress, have had to make cuts. Masters is one of those candidates from whom the GOP is moving on. Publicly, Senate Minority Leader Mitch McConnell says other conservatives are stepping up so McConnell can focus on other races. Privately, Masters has not been a great candidate and Trump has not stepped up to help. McConnell wants to win the Senate, not save Trump's candidates from themselves. Masters can still win, but he needs Trump and others to help.

When the FBI searched Mar-a-Lago, Republicans saw their polling in the generic ballot collapse. They went from leading to trailing Democrats. Even if the polling is wrong, most pollsters agree poll trends are pretty reflective of reality. If so, the more Trump is the center-stage attraction, the worse the GOP performs.

In Georgia and Nevada, two states Trump lost, Republicans are ahead of their Democrat rivals. Considering national polls tend to have a bias for Democrats, with Joe Lombardo ahead in Nevada for governor and Adam Laxalt ahead for Senate; Kerri Lake ahead for governor in Arizona; and Brian Kemp ahead for governor in Georgia with Herschel Walker tied, one must wonder how they can do so well in states Democrats managed to steal in 2020. Trump supporters will say, “Just wait,” but of course, if they do win then it is either further evidence it was not stolen, or only Trump is capable of having an election stolen from him.

Either way, it is time to move forward and move on. The constant media obsession about Trump is designed to throw the GOP off its game. During August, it worked. But the party regrouped and is set to win the House and likely pick up the Senate. They'll do so with Trump holding on to his $99 million, undoubtedly still willing to take credit for victories.

Republicans have been in a transactional relationship with a man who gave them a lot of good public policy and judges. But that transaction has come at a cost — mostly distraction and self-absorption. As we move past 2022 and head into 2024, the party really must ask itself if it wants a second round with a man who, if he wins, could only serve four years. Literally any other Republican has the potential for eight years.

Some Republicans now argue a Trump ticket with Florida Gov. Ron DeSantis makes sense. Except Trump moved his residency to Florida. The United States Constitution penalizes presidential tickets where both the presidential and vice-presidential nominees are from the same state. That state's Electoral College votes do not count. That would start the GOP with a 30-vote deficit in the Electoral College.

Trump did a lot of good for the GOP. He saved the country from Hillary Clinton. He eliminated Iran's terror master. He ensured the nation could move beyond the shadow of Roe v. Wade. He stopped a humanitarian crisis at the border President Joe Biden has recreated. Now, as the GOP fights to win, he sits on $99 million better deployed saving America from House Speaker Nancy Pelosi and Biden. If Trump won't use that money to help his own endorsed candidates, it might be time for Republican donors and voters to redirect their attention elsewhere.