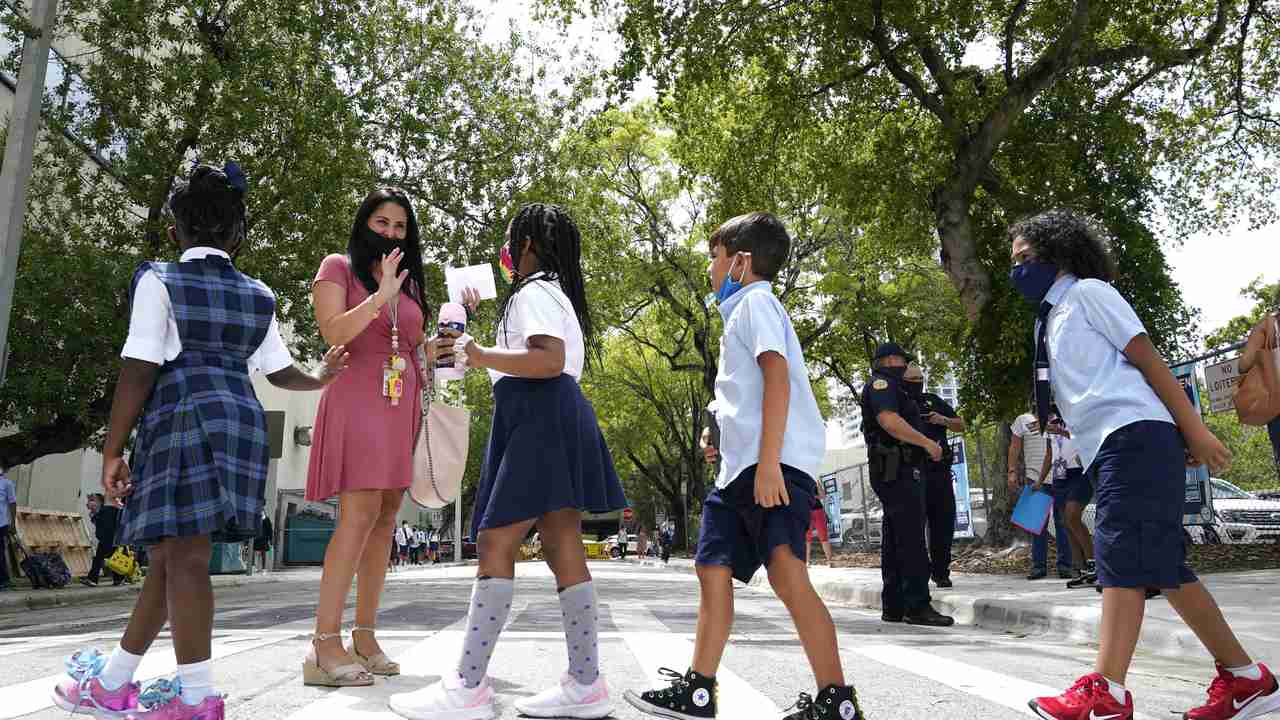 Every now and then, right in the middle of the ongoing politicization of our universities and public health institutions, some actual science breaks out, almost spontaneously, as if it simply can’t be contained. Science, after all, is the pursuit of truth, and in Shakespeare’s immortal phrase, fromThe Merchant of Venice, “Truth will out.”

Such is the case with a recent article published in Toxicology Reports by Ronald N. Kostoff, et al., titled “Why are we vaccinating children against Covid-19?”According to Dr. Robert Malone, inventor of the mRNA technology used to produce the current Covid “vaccines,” the article is peer-reviewed and appears in a reputable journal. It is not a new “study” but rather an in-depth analysis of existing data from various government sources. And it isn’t just about children. It basically confirms everything Team Reality has been saying since the push for mass vaccination began.

In early August, in an op-ed for The Washington Times, Malone and former Trump advisor Peter Navarro (one of the driving forces behind Operation Warp Speed) called for a halt to the Biden administration’s mass vaccination program, which they argued will do more harm than good. Instead, they said, we should target the most vulnerable while allowing those at lower risk to make their own cost-benefit analysis. They likened over-vaccination to overuse of antibiotics and warned that it could produce vaccine-resistant strains or “variants.”

Looking at the latest data from Israel, the UK, and even the northeastern United States, one might conclude that Malone and Navarro were prescient—and this article certainly reinforces that impression.

But for people like me, who already find Malone’s and Navarro’s argument compelling, isn't this a classic example of confirmation bias? Aren’t we just looking for anything that seems to support our preconceived notions while ignoring evidence to the contrary? That’s a fair question. We certainly see a lot of confirmation bias in the corporate media these days. But, in my case, I would say the answer is “No.”

For one thing, like most on Team Reality, I’ve looked pretty carefully at all sides of this issue, trying to discern what is actually true. Honestly, the other side’s argument—“every single person, regardless of age or medical history, must get vaccinated forthwith and you’re a horrible person if you think that’s the least bit extreme”—is hard to miss. It’s everywhere these days, even interrupting my Saturday afternoon college football games.

But more importantly, the article itself is highly persuasive—and I suspect that’s true whichever side of the issue you currently inhabit. It is thorough and factual, its logic inescapable. And the fact that it’s peer-reviewed means an anonymous panel of fellow scientists—many of whom, we can assume, were not predisposed to agree—found merit in its arguments.

I invite you to read the whole thing for yourself and reach your own conclusions. It’s quite long and highly technical in places, but much of it is relatively accessible, especially the money passages. A few brief excerpts should serve to whet your appetite.

First, from the introduction, here’s what Kostoff, et al. have to say about the roll-out and possible impact of the vaccines: “Clinical trials for these inoculations were very short-term…had samples not representative of the total population, and for adolescents/children, had poor predictive power….Further, the clinical trials did not address changes in biomarkers that could serve as early warning indicators of elevated predisposition to serious diseases….[or] long-term effects that, if serious, would be borne by children/adolescents for potentially decades.”

About the “vaccines” themselves: “A vaccine is legally defined as any substance designed to be administered to a human being for the prevention of one or more diseases….A January 2000 patent application that defined vaccines as ‘compositions or mixtures that when introduced into the circulatory system of an animal will evoke a protective response to a pathogen’ was rejected by the U.S. Patent Office because ‘the immune response produced by a vaccine…must be protective….[It must be] a compound which prevents infection.’ In the remainder of this article, we use the term ‘inoculated’ rather than vaccinated, because the injected material in the present COVID-19 inoculations prevents neither viral infection nor transmission. Since its main function in practice appears to be symptom suppression, it is operationally a ‘treatment.’”

On the reported 600,000-plus Covid deaths: “Most deaths attributed to COVID-19 were elderly with high comorbidities….Attribution of death to one of many possible comorbidities or especially toxic exposures in combinations is highly arbitrary and can be viewed as a political decision more than a medical decision. For over 5% of these deaths, COVID-19 was the only cause mentioned on the death certificate. For deaths with conditions or causes in addition to COVID-19, on average, there were 4.0 additional conditions or causes per death. These deaths with comorbidities could equally have been ascribed to any of the comorbidities. Thus, the actual number of COVID-19-based deaths in the USA may have been on the order of 35,000 or less, characteristic of a mild flu season.” (Emphasis mine.)

(Personally, I’d be surprised if the actual number of Covid deaths is that low. But I’ve long suspected it’s much lower than reported.)

If the information contained in this article becomes widely known to physicians and other healthcare providers, not to mention the general public, it could very well change our attitude toward mass vaccination and lead to the more targeted approach Malone and others advocate. How likely that is to happen, I suppose, depends on how many read the article, draw similar conclusions, and have the courage to act on them.